Autumn has been kind to us this year. After a murky start it has thrown up a litany of glorious days – the ones where the sky is a brilliant blue and the air is thin and crisp. The ones that, if autumn is your favourite season, they are the reason why. Because of all the seasons, it is autumn that most needs blue as a back drop and it is near regal when it gets it.

I woke up to one of those very days last week and found myself actually rejoicing that it was autumn. This is not, I realize, especially remarkable. A completely unscientific go-round of my friends had autumn in top spot as far as seasons went. Lots of people like it. And its hardly note-worthy to rejoice a lovely day. Except, I wasn’t only pleased it was autumn, but I wasn’t sad that it wasn’t summer anymore either. And as those of you who know me well will testify to, this is definitely new territory. 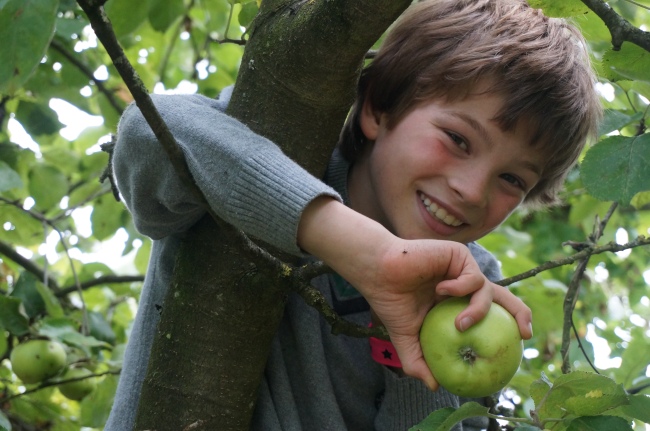 Less obvious than my perpetual fear of parting with the sun, is the fact that I have- until now it seems– actually always struggled with the changing seasons. It feels like an almighty confession, to actually say I haven’t liked seasons. It’s a bit like finally admitting that you are more of a cat person than a dog person. You need to reach a certain age and comfort in ones own skin before you admit to being the less cool lover of felines. Everyone is a dog person in their teens.

But there you go. I love cats and I don’t, I didn’t, like seasons. Three hail marys for me.

I can hear the protestations and I am with you. What about the lilac or the cherry blossom? How can you not like conkers and chestnuts and mulled wine? What about log fires and mornings when the world is outlined by frost? What about those heady high summer days, or the days that go on forever because the light almost never fades? I know, I know. Of course I am not immune to it all, far from it. One of the upsides of country living is the seasons are much more acute, more noticeable, there to be grabbed by the scruff of the neck. But if I am honest, I have spent the best part of two decades trying to acclimatize to the constant change.

I grew up in Sydney, where the seasons are so mild they would qualify here as one long summer, and then Singapore, where there are no seasons at all. The monsoon season and the dry season were as stark as it got, and in both the temperature remained in a range of about 5 degrees. From where I sit now, that doesn’t sound that enticing, but it was all I ever knew. It was safe, predictable, to be relied on. You could take it for granted, and I found a security in that. Come to England and no sooner have you got used to the idea that it is one season, and it seems to change, sometimes overnight. In fact forget, weeks and months of change, its entirely plausible to get four seasons in a single day. And what’s more, we or you (I have been here so long I am not sure which one I should use anymore) are even proud of it.  To someone who is practically Amish in the face of change, this has taken some getting used to.

Now I am acutely aware that this resistance to change is not just limiting but entirely futile. I would even go as far as to say it smacks of being anti-life. Because life is only change. On every level, in every moment nothing is stationary or static. And you don’t need to read zen teachings or yogic philosophy ( and I do both, all the time)  to be acutely aware of it.  Just become a mother. Nowhere is change more acutely felt than in the arena of parenthood.  Not only is a child is like having a ticking clock, their milestones and ages marking in stark relief the passage of time, but being a mother requires perpetual letting go. If they are going through an especially difficult phase, remembering that it is a stage and it will pass is entirely sanity inducing. But a lot of the time, letting go can be extremely hard. The chubby knuckles, the wide eyed innocence, the portable baby, the house filled with children, the unconditional loving…the list is endless. And unsurprisingly, given my confessions above, cutting the apron strings has not really been my thing.

A milestone and an autumn pleasure in one….

And yet I realize that be it seasons or family life, it has everything to do with perspective. Not unlike ‘the glass half full vs the glass is half empty’ view of the world, my resistance to change has stemmed from an unintentional focus on what I am giving up, rather than what I am gaining.

I was giving up summer not gaining autumn. Giving up the spring flowers rather than gaining the extra light. Giving up the baby or the toddler, rather than gaining the curious child, the family bike rides, the unencumbered holidays, the family dinners where the theme is actual sparkly conversation. And yet make that shift, that simple little change in emphasis from loss to gain- and really it is nothing more than that- and something rather magic happens. You realize that it is all good. There is absolute truth in the adage ‘every cloud has a silver lining’. That life is balanced, that when we give up, we always get. Look hard enough at anything at all and there is- however small-  a positive lurking there. Even, dare I say it – and if there was a font for hesitancy I would be using it now- the depths of winter or the most torturous of teenage years. Though on both those counts, I confess I will have to keep you posted……..

The resident teenager…..looking good from this angle…..!